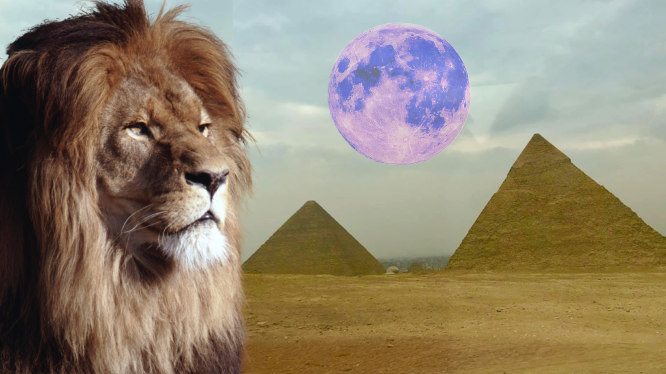 If you are on your spiritual journey, you are probably aware of the Lions Gate Portal which happens every year on the 8th of August (8/8).

In numerology, 8 is the number of infinity, balance and manifestation and has the energy of empowerment, leadership and success. It supports our intentions to manifest in the material world.

Lions Gate Portal is an astrological event of planetary alignments between Earth, Sun and star system Sirius when powerful energies enter our dimension and support us to change and transform. It is called the Lions Gate Portal due to the Sun being in the sign of Leo. It is celebrated on 8th August, even though, the exact day of the rising of Sirius changes each year to a small degree.

It is a great time to take advantage of these energies, step into our power and start creating something new and meaningful to us.

This blog is about the connection between the Lions Gate portal and the star Sirius, and I share some learnings from my Egypt’s pilgrimage. I feel related to star Sirius through my connection with the beautiful and eternal Goddess Isis.

You probably know that Sirius is the brightest star in the night sky also called the Dog Star or Sirius A, and is part of the Canis Major constellation. The Sirian star system is known to be our ‘Spiritual Sun’ and the Earth’s Sun is our ‘Physical Sun’.

The ancient Egyptians often associated Sirius with Goddess Isis, and some of their pyramids were temples dedicated to Isis and Sirius. The Egyptian name for Sirius was Sopdet, a personification as an Egyptian goddess. The Greeks named is Sothis and associated with Isis as a goddess and Anubis as a god. 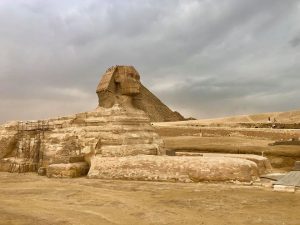 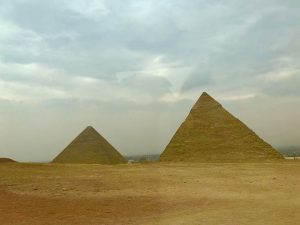 During my visit to Egypt’s sacred places, I learnt that the Great Pyramids of Giza and the Sphinx are aligned to the rise of Sirius and Orion’s belt. Ancient Egyptians thought the stars in the belt represented the resting place of the soul of God Osiris. I also learnt that majority of Egyptian mythologies of Isis, Osiris, and Horus are based on the connection with Sirius.

Like other ancient civilizations such as Mayan or Incas, the sky was important for the ancient Egyptians, and they watched it very carefully. By observing the movements of the planets, they learnt about the seasons and use this knowledge for agriculture, so they knew when to plant crops, and when to harvest. Their calendar was based on the appearance of Sirius and what is known as the Sothic cycle.

The ancient Egyptian astronomers (and priests) learnt that the star Sirius rose with the Sun just prior to the annual flooding of the Nile.

The term ‘heliacal’ is known for the appearance of a celestial object at sunrise, so in this case, planet Sirius raised together with the Sun. The ‘heliacal’ rising of Sirius coincided roughly with the flooding of the Nile which brought fertility and wealth. This time also marked the Egyptian Sothic New Year.

This astrological event is simultaneous with the annual opening of the Sirius Stargate (Lion’s Gate) around 25th July. The entrance to the Sirius Stargate is guarded by the constellation of Lion and the powerful energies continue through until August 12th.

If you are as passionate about Spirituality as I am, you probably know that many of the stars and planets are vortexes where energy enters and leaves our dimension/reality. Sirius is one of them and it is called ‘the Vortex of the Goddess’ (Isis).

On 8th August, planet Sirius moves closer to Earth and aligns with Orion’s belt. The vortex is fully opened, and powerful energies are entering our dimension here on Earth. It forms a Gateway that brings transformational energies, and the planetary alignment has a powerful effect on our DNA and on the frequency of the Earth.

This astrological event creates a shift in consciousness and a time for birthing a new life which is supported by the return of Goddess Isis. She brings with her unconditional love and light energies and opportunities for change and transformation. She is the Goddess of rebirth, healing and manifestation and we can feel her energies through our hearts. She supports and guides us to step up into our power and embody the Leo traits of courage and strength.

We can choose to let go of what isn’t serving our evolution, open our hearts and participate in rising of the collective consciousness. The time has come to be united and create the New Earth with compassion, peace and unconditional love.

******Daniela is a Spiritual Teacher & Mentor, Intuitive Guide, Energy Therapist and Inspirational Speaker. She runs regular workshops and courses on Personal and Spiritual development and loves being in service to others to bring more peace, love and compassion into the world.

This site uses Akismet to reduce spam. Learn how your comment data is processed.